The Carver Mead New Adventures Fund is an IST initiative created to champion exceptional projects that are at an early a stage of development – too early to attract industry or government support. The Fund embodies Carver’s approaches and practices, with a goal to expand Carver’s daring approach to research and innovation to many areas – and making such funding a permanent feature of the Caltech landscape.

The fund was established in Carver Mead’s honor through initial donations from more than 200 individuals with the goal of empowering and supporting Caltech’s scientists and engineers in their pursuit of developing innovative technologies and seeding interesting ideas – perhaps even “crazy” ideas. Too many technology and service ideas in Caltech research are never realized because they are too “early stage” to attract investment from government grants. The Carver Mead New Adventures Fund gives such ideas a chance.

Since 2014 the Carver Mead New Adventures Fund has received a total of $2.5 million in contributions from just over 200 donors. Our next milestone is $5 million, which would allow Caltech to award an increased number of larger grants. Already in the first year of the program we had 22 applicants and funded 9 grants. As word spreads of the Carver Mead New Adventures Fund, the application process has become even more competitive.

Some of the adventurous research that has been explored with grants made by the Carver Mead New Adventures Fund so far includes: 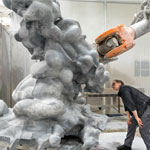 Causality in Psychometric Data—Awarded to Professors Frederick  Eberhardt (HSS), Anima Anandkumar (CMS), Ralph Adolphs (BBE) In psychology, self-report questionnaires or behavioral performance tasks are used to infer variables such as memory, attention, emotion or intelligence. Our project tackles two major current challenges using novel methods from causal discovery. First, how can we best infer these variables from noisy and often confounded measures? Second, how are the variables causally related to one another-- Does emotion affect attention? Does attention affect memory? An eventual goal of this work is to derive a new psychology that will give us a revised architecture of the mind. 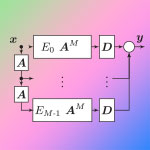 Signal Processing on Graphs—Awarded to Professor P.  P.P. Vaidyanathan (EE) In the modern world of internet-data and multi point communications between users, signals are often defined as the variables identified on interconnected nodes. The propagation of signals in such networks is studied in a discipline called graph signal processing. This is a new area that combines classical system theory with insights from data sciences and machine learning. Applications include the internet, weather networks, biological networks, traffic networks, and many others.

A Personal Mutation Index for Predicting Cancer Onset—Awarded to Professor Shuki Bruck (EE) Cancer mutations are a result of an intricate mixture of complex factors whose interrelations are not well understood. Traditionally, cancer is attributed to either environmental or heredity factors. However, recent research in the etiology of cancer suggests that random somatic mutations play a significant part in various instances of the disease.  In particular, it has been argued that certain cancer types (such as lung or skin) correlate well with environmental mutations, whereas others (such as prostate, brain, or pancreas) correlate well with random somatic mutations. The goal of this project is to study the impact of random somatic mutations on cancer. In particular, the key question we investigate is: can the tendency (or risk) to develop random somatic mutations that may lead to cancer be measured before cancer has happened? Namely, can we estimate the risk to develop cancers that stem from somatic random mutations using healthy cells? An affirmative answer to this question will enable targeted and affordable screening as well as early detection protocols that might dramatically change our approach to combating cancer. 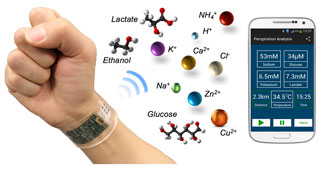 A Wearable Molecular Sensing Platform—Awarded to Professor Wei Gao (MedE) Wearable sensor technologies are essential to the realization of personalized medicine through continuously monitoring an individual's state of health.  Wei Gao in used his grant to further develop his wearable molecular sensing platform for continuous monitoring and analysis of molecular components in sweat. By understanding the relationship of these components to disease and health, we are moving toward a new revolution in real-time monitoring and treating conditions such as diabetes, stress, and depression.

Architectures of Dynamic Biological Networks—Awarded to Professors John Doyle (CMS), Lea Goentoro (BBE), Matilde Marcolli (PMA), Lior Pachter (BBE/CMS), Matt Thomson (BBE)  The Carver Mead award has helped to spark numerous research interactions centered on the topic of architectures of dynamics biological networks. We hosted a widely attended seminar by Vincent Lynch from the University of Chicago on the (im)possiblity of elephants. Lynch spoke about the dynamic networks and processes in elephants that are believed to reduce their incidence of cancer, and delivered a thought-provoking lecture on general principles to be gleaned from considerations about body size and cancer across the animal kingdom. The lecture parallels the research we are conducting with the grant award, working collaboratively to develop single-cell technology and analysis methods to better measure and study the architecture of biological networks underlying fundamental processes such as regeneration. 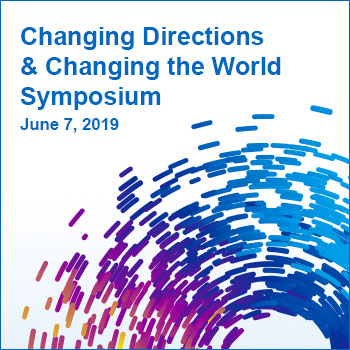 Thanks to the generous donations of the IST Council members and nearly 200 other donors, the Carver Mead New Adventures fund awarded its first grants in 2017; however, this is just the beginning. The ultimate goal is to be able to establish a $5 million endowment to support annual awards from the program. Thus, we are still actively fundraising to support this initiative. The Carver Mead New Adventures Fund will help Caltech faculty – at a critical early stage of their work – with seed funding to bridge a funding gap that relegates many worthwhile projects to obscurity (i.e., the gap between government support for basic science and the availability of private-sector funding for emerging innovations). A gift to the Carver Mead New Adventures Fund is an investment in ideas that have the potential to grow into new disciplines, technological innovations, and world-changing discoveries. 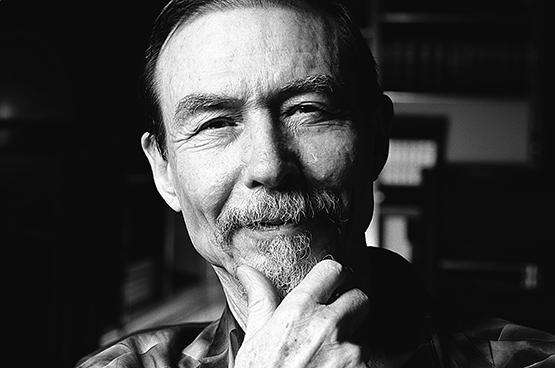 Carver Mead arrived in Pasadena in 1952 to pursue a degree in electrical engineering, and so began a lifetime of learning, teaching, inventing, and inspiring at Caltech.

Mead served on the Caltech faculty for 40 years, retiring in 1999. Today, as the Gordon and Betty Moore Professor of Engineering and Applied Science, Emeritus, he still visits campus to work in his lab and to engage in discussions with students, faculty, and alumni. He is as passionate about science and engineering as ever.

With an unrelenting drive to advance inquiry for its own sake, Mead is a pathfinder in modern microelectronics. Among a long string of firsts, he helped create new fields of science, such as neuromorphic engineering and the physics of computation, and revolutionized information science by pioneering VLSI (very-large-scale integration) circuit technology in the 1970s and 1980s—conceptualizing a notion of scalability that set technology on a trajectory of exponential growth.

The practical applications of Carver Mead’s innovations can be found everywhere. Today’s commerce, entertainment, and information systems depend on them.


Applying for a Grant

The New Adventures Fund funds 4 to 6+ seed grants each year at the level of $10,000-50,000 each. These grants are discretionary and can be used to support graduate students, postdoctoral scholars, equipment, workshop organization, etc. A call for applications is distributed at the beginning of the fall term each year and then the recipients are decided by the end of the fall term. Funding must be spent within two calendar years of being awarded.

The goal is for these funds to “grease the wheels” and enable faculty and emerging research groups to pursue exciting new projects in Information Science and Technology, broadly defined. The grants are available to any IST-related project and so are not restricted to faculty in CMS and EE. In fact, we encourage faculty to submit white papers for projects and emerging centers at the interface of the information sciences and other areas such as biology, chemistry, physics, astronomy, economics, etc.

The recipients of the Seed Grants are chosen by a committee of faculty from the IST Steering Committee.